Novel-writers tend to fall into one of two camps. 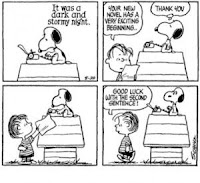 Some writers have a germ of an idea and simply sit down and start writing. They allow the characters to reveal themselves and the story to unfold. Because they write by the seat of their pants, so to speak, they are referred to as “pantsters”.

“Plotters”, on the other hand, take the germ of an idea and then proceed more methodically, crafting various items such as character biographies so detailed that even the protagonist’s childhood stuffed animal and its name might be listed. Ultimately, they craft an outline that is the framework of their novel; these outlines range from skeletal to extremely detailed.

When I sat down a few weeks ago to get serious about writing my novel, I was stymied.

Am I a plotter or a pantser?

I didn’t feel comfortable just jumping in to my story; I felt I needed some sort of framework. However, I didn’t want to get so bogged down in the planning that I never got to any writing. And yes, I know myself well enough to realize that the avid planner in me is in danger of doing just that.

And so, for the past few weeks, between the work day, work tasks I have to bring home, household responsibilities, and Olympic-watching, I’ve been plantsing.

I began by creating very basic bullet-point biographies of my main characters and a couple of minor ones. Oh, what fun it was to pick out names and even a few life details for these people I’m going to be spending so much time with.

Then I moved on to an outline that is so skeletal as to be almost nonexistent. I incorporated the traditional story arc, but even it is quite bare-bones.

And everything — well, everything except my basic premise and main character — is up for discussion as I move along.

Perhaps there won’t be a visit to see the world’s largest ball of string, and maybe my female protagonist won’t meet George Strait in a men’s room in Albuquerque, New Mexico.