Reflection on a Decision Made

This time last year, I had pretty much made the decision to retire from full-time teaching.

I weighed the pros and cons very carefully. There were only 2 items in the "con" column, but they were (and still are) daunting:

I knew I would miss working with students, but I also knew that I'd be applying to substitute teach in a few local districts, so I figured I'd get my student-contact fix often enough to keep me happy.

The main advantage I saw in taking early retirement was that I would have time. Time to do with as I wanted and felt led. Of course, I knew that on my drastically-reduced income, I wouldn't be engaging in much, if any, international travel or in any other pricey pursuits, but I was okay with that. 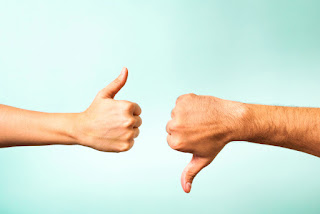 I kept remembering what my father told me almost 29 years ago, shortly after he was diagnosed with stage-4 cancer at age 64. He told me his one regret was that he continued to work after he could have retired because he wanted to make sure my mom was left with as much monthly income from his retirement and Social Security as was possible.

Ironically, just a few months before he received his cancer diagnosis, he had learned that as of the coming January (just a few months away), he would see no real increase in benefit by continuing to work. He had decided to retire as of December 31.

He told me he wished he had retired the very first day he could afford to, so that he could take my mom to all the places they'd planned to travel and do all the things they'd talked about doing. My father lived just 5 months after his diagnosis, and he told me several times during those 5 months to urge my own husband to retire as soon as he could.

Of course, my husband didn't have that option. At age 47, he was diagnosed with stage-4 colon cancer. Just 43 days later, shortly after turning 48 years old, he passed away.  Twice during those 43 days he reiterated what my father had said and urged me if at all possible to retire as soon as I could.

Those two men -- the two men who influenced my life more than anyone else -- were who I thought of last year as I contemplated retiring when I was healthy and energetic and quite capable of continuing to work.

I finally realized I needed to heed the words of the two men who were so very important to me and who had influenced me immeasurably.

As silly as it sounds, I almost felt as if I owed it to them to do what they had not, or in my husband's case, had not been able to do.

And so, on my 60th birthday, I walked away from what was my last full-time teaching job.

Most days I'm very glad I retired. No longer are the vast majority of my waking hours spent either in the classroom or either preparing for class or grading essays and other papers. I am able to attend Bible Study Fellowship, do some volunteer work, and live life at a more leisurely pace.

Other days, I wish I hadn't retired. I miss the students far more than I expected. I also miss planning activities and lessons that will help them acquire the skills they need to be successful in high school, college or trade school, and in the workplace. I even miss, to some degree at least, grading papers, seeing what the students accomplished and then planning new ways to reteach the skills that need further reinforcement.

I miss my paycheck; I don't like being on such a tight budget. Last week, 3 bills from a medical situation in January arrived in my mailbox. They brought with them a bit of stress, and this morning I was feeling especially mindful of the need to be prudent in my spending and of how serious an unexpected expense could be.

And then, sometime around lunch, I received word from a friend and former colleague that another former coworker from a different department had passed away unexpectedly.

I was shocked. The former co-worker was a vibrant woman with a sometimes-irreverent and dry humor that I could appreciate. She was energetic and engaging, and students often named her as their favorite instructor. She had a cute, crooked smile and chatted a mile a minute, and I always enjoyed our all-too-brief discussions as we hurried to or from our classes in the same building.

I knew she was older than me, but by how much, I had no idea. I remember that once, when we were talking, she mentioned that she "could" retire but at the same time could not. From what she said, I concluded that she had the time in but couldn't afford to.

Evidently, she could finally afford to retire in May 2018.

Just 10 months before unexpectedly passing away.

My heart has been heavy all afternoon.

I wish my former colleague had been able to experience many, many years of retirement, of reaping the benefits of a lifetime in the classroom, working with students so that they could have the best-possible future. I hope that the past 10 months were filled to the brim with fun and love and laughter and adventure.

Her passing is a stark reminder to waste no more time second-guessing my decision to retire.

It is a stark reminder to cherish each post-retirement day I have.

It is a stark reminder to look forward, not back.

Edited to add: Shortly after I posted this, a dear friend asked me if I could see myself returning to full-time teaching. I responded, "I would definitely return IF, after prayerful consideration, I determined to the best of my ability that God wanted me in the classroom full time again. I retired "early", and I have tons of energy, good health, etc., so I am open to whatever He wants."

Thank you for visiting. This blog was never intended to be a monologue, so I hope you'll join in the conversation by posting a comment.

Email ThisBlogThis!Share to TwitterShare to FacebookShare to Pinterest
Labels: income, Patti Miinch, Reflection on a Decision Made, regrets, retirement