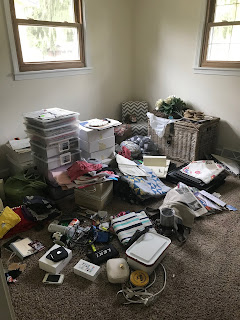 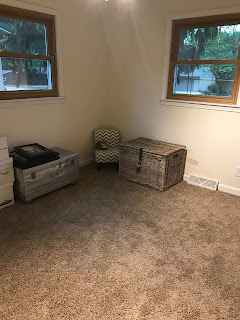 Bake a Cake & Sharpen a File

Not just the type that zips down the highway more than the excusable 5 mph over the posted speed limit.

I'm a stickler for academic honesty, for giving credit where it's due, and for the past umpteen years I've taught classes about citing sources responsibly. Sadly, more than a couple of disgruntled former university students can attest to the fact that I've significantly marked down (think "zero") student papers that a quick Google search proved to have been deliberately plagiarized.

Yet I am guilty of using other people's artistic property dishonestly.

When I first began blogging, I simply wrote and wrote. A lover of words (and not very adept in using various social media platforms like Pinterest), I believed that what I had to say was "enough".

Then I began reading and following other people's blogs. Some sites drew me in more than others, and I found myself wanting to make my own posts more visibly appealing.

And that's when I crossed the line.

As I learned last week, that is not okay. In fact, it's illegal.

One could argue that what's done is done or ask what's the worst that could happen. It's not like there's an "image-stealing jail" I could be sentenced to, right?

I mean let's be honest here. In the vast blogging universe, it's unlikely that my little blog will be noticed by anyone who might discover what I've done.

But the truth is, I know.

And despite the (attempted) levity in this entry's title, I take this very seriously.

So, amidst all the hoopla that makes up my life right now (more on that next Tuesday -- how's that for a teaser?), I will be spending the next few days removing all images from my blog.

Forthwith, I will be using only photos that I have taken or that I can share legally.

But today I have no images to offer.

Only my apology to those whose work I've inadvertently used dishonestly.

I'm very excited to again this week join a talented group of women who connect each Friday in an online, unedited (so excuse all errors) flash mob free-write based on a one-word prompt from our fearless leader Kate Motaung. My timer is set for 5 minutes; let's see where the word "opportunity" takes me.

If you were to go to a site like brainyquote.com or Pinterest and do even a very quick search using the keyword "opportunity", you would be inundated with quotes -- some glib, others quite profound -- on the topic of what Webster calls "a set of circumstances that makes it possible to do something".

Perhaps my favorite quote about opportunity is this one by Albert Einstein:

But the proverb about hindsight being 20/20 is so true in this case.

As I look back on the difficulties I've faced, the tragedies that I have weathered, I can now see that with each one of them came opportunity.

One example in particular stands out to me. In the Spring of 2006, a huge storm -- tornado strength and devastating -- entered my life.

Long story short, that storm presented me with a valuable opportunity. And so much of the positive things that happened in the aftermath of my husband's death three years later would never have been possible had it not been for that storm.

It cleared away debris from my life. It created a new path both in my spiritual life and in my vocational life.

Now, when difficulties seem unavoidable, I remind myself to remain remember Who is in charge and to focus on the opportunities the difficulty will no doubt bring.

It's not always easy, of course, and

Time's up! Please join in the conversation by sharing your own thoughts or experiences via a comment. What difficulty have you endured that brought you opportunity? Could you see that at the time of the trial?