Ahhhh . . . retirement. A time of doing as much of the things we want to do and as little or none of what we don’t want to do.

That’s what I thought life beginning the first day my own retirement. I had made a list of things I wanted to do more of or add to my life, but exactly one year later, I looked it and realized I’d only done one of the many things I’d written down!

Shocked, I realized I had frittered away an entire year, hours and days at a time, puttering around the house and yard, reading, watching sports on TV, etc.

Sound familiar? If I asked if anyone else has done the same thing, would yo sheepishly raise your hand?

I didn’t want to waste another day, so I did some research and learned a few tricks to help me out. If you need tips on how to add activities to your life so you are living your life, retired or not, more fully, perhaps one of these will work for you. 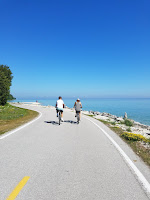 Kedging, a practice used by captains of ancient ships involves “setting a desperate goal and working like crazy to get there” (Chris Crowley, in ch. 9 of Younger Next Year* for Women). My friend Maribeth utilized kedging to motivate herself to take all-day bike trips on the weekend. Instead of making a commitment to herself to begin riding her bike every day, increasing the distance ridden every week — a commitment she feared she wouldn’t stick to — she signed up for week-long group bike trip across the state of Michigan. She knew she would have to take all-day rides on the weekends — her original objective — to prepare for that trip.

Talk about a desperate goal — she didn’t even own a bike! She studied the tour brochure and the itinerary; she even used a topographical map and YouTube videos the tour company posted to get an idea of what she’d be facing. One thing she knew for certain. She needed to buy a bike, so the day after she signed up for the tour, she visited a local, well-recommended bike shop.

That trip to the bike shop introduced Maribeth to three more tricks that might help you add new activities to your life.

First, Maribeth bought a bike. Not just any bike. She bought a fantastic long-distance touring bike with a sales price that was, for her, somewhat extravagant. She knew, though, that if she spent a significant amount of money, she’d be motivated to get her money’s worth. For her, the bike purchase was an investment.

When she told the bike store owner why she needed the bike, he was more than happy to help her draw up a 5-month training plan.

The bike shop owner also invited Maribeth to join a local cycling group outing. He told her that since she needed a few days to have the bike rack she purchased (another investment) installed on her car, he would be glad to bring her bike to their next outing, 8 days away. She attended that outing, rode several hours that day and made friends. By the time the day had ended, she had committed to returning again the following week. Now, she had accountability partners. 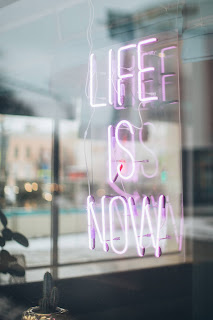 Eighteen months later, Maribeth rides with the local bicyciing group 3 or 4 times a month. And, yes, she completed the week-long bike trip across Michigan. She’s also completed week-long bike tours of California wine country and of Boston and Philadelphia, and when COVID restrictions are lifted, she’ll be heading to Europe for a 14-day biking tour of important WWII sites.

Maybe you have no plan to add bicycling as a hobby. Whatever activities you do want to add or simply do more of, kedging, making a significant financial investment, committing a vague plan to a more specific plan with target dates, and/or establishing some means of accountability may be just the tricks that motivate you to do that.

Please join in the conversation by sharing an activity or two that you’d like to start doing or do more of. What tricks sound like they would help motivate you to do that? What other tricks can you recommend?