me to continue writing in some “official” capacity (see "Fish or Cut Bait"), I had

a hope that I didn’t dare articulate to myself, much less share with anyone else.

I hoped that God would speak to me — that He would answer me audibly. That I

would hear His voice.

Don't scoff. Over the years, very credible people have shared with me that God spoke to them -- literally -- and I’m not going to discount their claims. If you believe (as I do) in God and in the truth of the Bible, including all His actions documented there, why would you doubt that He can and even does speak to people today?

God did not speak to me in that way, though.

As I waited, I kept an open mind. By the time I decided to ask God for clear direction, I had gotten to the point where I was truly ambivalent about continuing to write anything at all.

I was completely open to God saying it’s time to put the writing aside; in fact, I knew my life would be easier and my to-do list shorter if He did. I had even begun imagining what I could do with the free time that would result!

Even though I didn’t hear God speak directly over the last 5-6 weeks, I felt a consistent, increasingly-strong pull to continue writing.

Then, about 8 days ago, the idea for a project presented itself. It simply felt “right”, and I’ve begun taking baby steps to lay its foundation.

But some things are going to have to change in my life in order for me to continue working on the project. As a result, over the next days and weeks, I’ll be prayerfully considering what those changes will entail.

journey, I don’t really care where the it leads. Instead, this former planner-

else handle the rest. 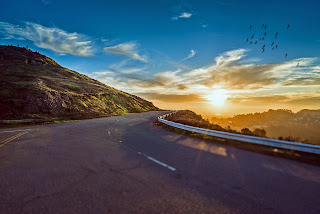