Facebook was down for six hours last Monday and again for a couple of hours several days later. Unsurprisingly, reactions to the outages were mixed.

There were the inevitable conspiracy claims; more than a few skeptics claimed that the outages Monday were linked to a now-famous whistleblower’s impending Congressional testimony. The popular theory was that Facebook folks were spending those six hours frantically erasing all evidence. Of what, I’m not quite sure.

Responses from the more “mainstream” folks ranged from frantic “OMG i cant blieve fb was down it was horrible!” to “the outages were great — too bad they weren’t permanent”.

My own ambivalence to the outages was just what what I needed to decide in favor of something I’d been casually considering for a few weeks: a partial social media hiatus.

Moving forward, I plan to post on my newsfeed sparingly at best -- for prayer requests or information for extended family or personal friends only as absolutely necessary. I’ll be using my professional/author page (PattiMiinch) for everything else.

So while, according to news sources, “millions” of people around the globe found the eight hours sans Facebook to be a horrible experience that significantly impacted their lives in a negative way, I consider it beneficial.

What about you? Did the outage really affect you? Did it give you food for thought about your own relationship with and usage of social media? Share your thoughts via a comment. 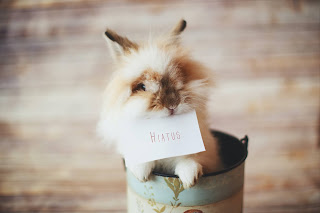